Entrepreneur
of the Year Awards

Scroll Below
for more information


eBay Canada 2019
ENTREPRENEUR of THE YEAR 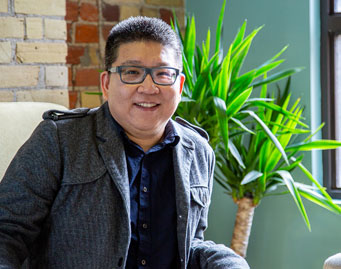 2019 Entrepreneur
of the Year

In 2014, Nan Xu (toolioking) joined Investments Hardware Limited (IHL Canada), a family-owned and -operated business established in 1985 in Woodbridge, Ontario, and specializing in power tools and building materials. Overseeing the business’ e-commerce department, Nan immediately saw an untapped opportunity for IHL Canada to stimulate global export growth using eBay. He redesigned the company’s eBay store, which today includes more than 500 listings. To handle the growth in demand on eBay, Nan began using machine learning technology to transform order management, fulfillment, and customer services. IHL Canada also established a partnership with UPS Canada to more efficiently ship products. This partnership was especially important in 2017, when IHL Canada offered free-expedited shipping to aid the efforts of workers helping to rebuild Puerto Rico after Hurricane Irma. Over the last five years, eBay has enabled IHL to exponentially grow their exports to over 50 countries across the globe. This growth has created opportunities for them to introduce new product offerings and even develop their own private-labelled brands including DuraDrive and BOSSA which they offer both online and in their Woodbridge store. Today, IHL operates in a 120,000 sq ft. warehouse complemented by a 40,000 sq ft. showroom for local clientele. The eBay business is on track to triple in size this year and now offers the largest selection of tools and workshop equipment in Canada. 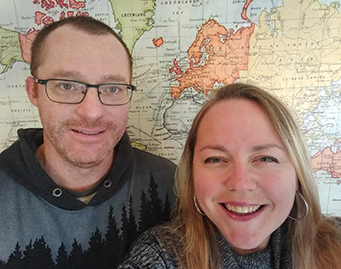 Jessica Oman (storage_warriors) was working in consulting in Vancouver, British Columbia when she and her husband Johann decided to pursue a new hobby, buying and selling the contents of storage units. The couple’s entrepreneurial roots led them to open an eBay store to sell their storage unit treasures, and Jessica and Johann quickly found they were making as much money through eBay as they were through their day jobs. Over a span of three years, the couple took the leap to pursue their side-hustle full-time. Jessica and Johann used eBay as a way to sell to global buyers from countries including United States, UK, France, Australia and Malaysia and they adapted their inventory sourcing strategy to feed into global trends and demands based on learnings from their eBay international sales. Today, 90 per cent of Storage Warrior’s sales come from exports. Their business started in their home, but quickly moved to a local garage rental, and is now housed in a 2,000 square foot warehouse. They will likely need to expand their operation again as they have already doubled their 2018 sales. With three employees currently, and plans to hire additional staff to keep up with business growth, the pair’s business is growing on all fronts! 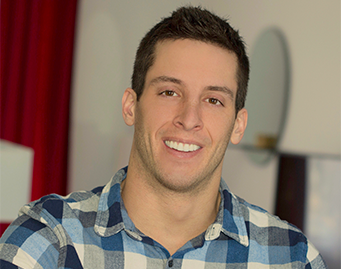 2019 Integrated
Entrepreneur of the Year

Simon Duguay (newxon) began his e-commerce journey after graduating university when he set up shop in his basement and began selling clothing to make some extra money. In 2015, Simon decided to list some of his collectible figurines on eBay and quickly found that they were high in demand, and offered an even higher profit margin. A new business was born! Simon’s collectibles business is on track to hit $1 million in sales this year, with the majority coming from eBay. His consistently strong year-over-year online sales growth over the past four years has generated enough revenue for him to open a brick-and-mortar location in his community of Saguenay, Quebec. The 3,000 square foot facility includes a warehouse and retail store and is staffed by six employees ranging from tech and operations experts to sales managers, all focused on supporting and integrating his physical and online sales channels. Simon credits online sales has having played a pivotal role in his business expansion and having invested $250,000 into his company in the past year, Simon is laser-focused on accelerating his business’ growth. 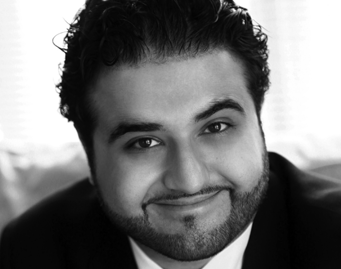 2018 Entrepreneur
of the Year

In 2006, Nima began selling car accessories on eBay to support himself while finishing his university degree in Montréal. As a result of his early online success, Nima was offered North American distribution rights for a manufacturer of air conditioners and ductless heat pumps. Though cost-effectively shipping large appliances would be difficult, Nima saw the category as an unexplored area of opportunity. During the early days, eBay was Nima's main source of sales, and profits were used to build out other initiatives to help fuel growth - a warehouse, marketing and advertising, and, eventually, a company website. The business started taking off in 2008, but shortly after, it was hit by the effects of a recession when his manufacturer went out of business. Nima reacted by finding a new supplier, but this time around, he created his own in-house brand to protect his business from future manufacturer changes, as well as give him the freedom to expand his brand's product offerings. Last year, Nima unexpectedly found himself contributing to recovery efforts in Texas from Hurricane Harvey. Learning that the affected region was unable to purchase power generators locally, and that Americans were turning to eBay to buy much-needed supplies at competitive prices, Nima's team quickly sourced in-demand items which they offered with free, expedited shipping. Today, Nima runs a multi-channel, multi-million dollar business, operating out of four warehouses across North America. His once-side business on eBay has become Canada's top online air conditioner brand. 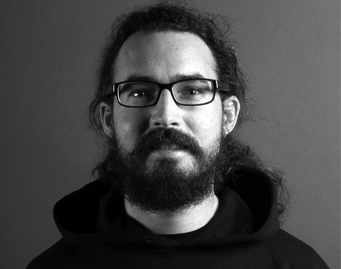 After running a pizza shop in Ottawa, Ontario for a decade, Mike traded in his apron to pursue his passion for cars. He got a position in the parts department of a local car dealership where his entrepreneurial instinct led him to opening an eBay store to sell the company's deadstock inventory. He saw products begin to move off the shelves to customers not just across the country, but around the world, so he doubled down on his ecommerce efforts. Realizing that he could further capitalize on his interest and expertise in sourcing motorcycle and car parts, Mike left the dealership a couple of years later to embark on his own eBay venture. Clearing off shelves in his own garage for his new business, he began sourcing rare, obsolete and liquidated parts for cars and motorcycles and created eBay listings that offered international shipping. Quickly, he found himself selling to customers across the globe, and his sales more than tripled within the first three months. Today, over 75% of Mike's sales are to buyers from international markets including Japan, France, Germany and the UK. His inventory portfolio has grown along with his export sales, and he now also caters to ATV, snowmobile and boating enthusiasts. His eBay business has grown from two shelves in his garage into a 3,000 sq. ft warehouse in the span of three years, and he's on track to double his annual sales in 2018. 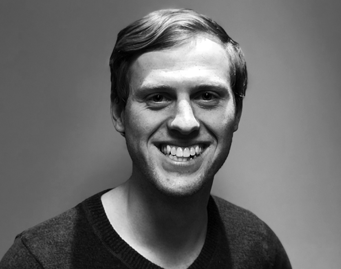 When Matthew joined the Silver Gold Bull team in Calgary, he had one objective - expand the bullion business's online presence to broaden their customer base. He believed bullion, a traditional business-to-business industry, was primed to tap into the consumer market thanks to ecommerce, and he saw an opportunity to show consumers how purchasing precious metals could be both fun as well as a smart, secure investment. While Silver Gold Bull was selling to traditional clients through their own website and over the phone, Matthew saw eBay as the right channel to penetrate the untapped consumer market. He initially established a store on eBay.ca, offering bullion products with consumer appeal like Canadian maple leaf coins and retro imprinted gold coins. Instantly, he saw the consumer business take off - shattering the company's eBay sales goals in the first few weeks on the site. To continue the growth and amplify the company's international presence, Matthew opened an additional store on eBay.com to cater to US customers, and has plans to open additional eBay stores soon. The company's online sales are up 400% with total eBay sales anticipated to hit the $8 million mark by the end of the year. 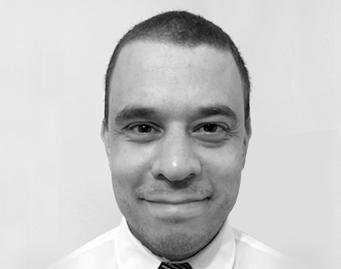 2017 Entrepreneur
of the Year

Vasilios began selling computer printer ink and toner cartridges out of his friend and business partner's parents' basement. They sourced their inventory through traditional avenues and acquired customers through cold calls and telemarketing, but their low margins and customer base couldn't turn a profit. Getting online for both sourcing and selling inventory was pivotal for them. It allowed the pair to refine their inventory strategy and leverage the secondary market while also facilitating their expansion into the US—a strategy that turned their business around, quickly. Today, they run a multi-million-dollar Business & Industrial retail operation that includes multiple sales channels, a 3,500-square-foot retail and warehouse space, and six full-time employees. 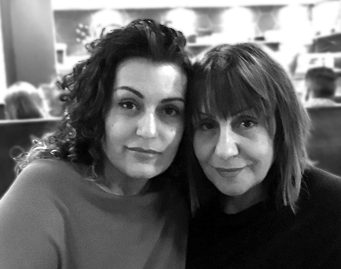 Kalina and her mother Maria turned their passion for fashion into a full-time online business that now employs all of the women in their family. Leveraging their relationships with Canadian brands and wholesalers, they began selling moderately priced shoes and accessories to customers across Canada. However, their business took off when they tapped into international trade opportunities facilitated by online marketplaces. Today, 95% of their sales are from outside of the country; Kalina and her team regularly sell to markets including the US, the Middle East, and Europe, and their inventory includes everything from Canadian products to high-end global brands. The success of their multi-million-dollar online business is just the beginning, as they are now leveraging some of the profits to start their own Canadian fashion label. 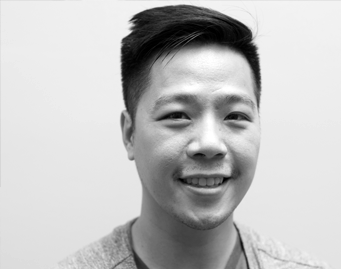 Three years into working for a consumer electronics refurbisher and retailer, Charles realized that the company's stagnant online consumer business offered a tremendous opportunity for growth. By reviving this channel, Charles understood he would be able to generate a steady incremental sales stream to compliment the company's existing B2B-focused, omni-channel business. Leveraging online marketplaces, he tapped into key retail moments like back to school and holiday, offering highly competitive pricing on refurbished, "good-as-new" big-ticket tech items that came with full factory warranties. He also participated in online deal programs, like eBay Deals, for additional promotion and exposure of his price-competitive inventory. With continued triple-digit online sales growth in the domestic market, the online consumer channel has now become one of the primary sources of growth for the overall business, and Charles is starting to direct his efforts to increasing export sales for further growth. 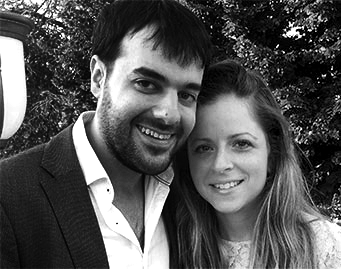 2016 Entrepreneur
of the Year

Yossef and his wife Shoshana started selling cell phones on eBay, but quickly added watches to their inventory after research showed they were in high demand with limited competition. He and Shoshana quickly expanded their offerings to include name-brand jewellery, sunglasses, and handbags. Since 2013, they have more than doubled their yearly sales and have brought on three full-time employees to help them keep up with increased demand for their products. To date, their cumulative sales have amounted to more than $10 million. 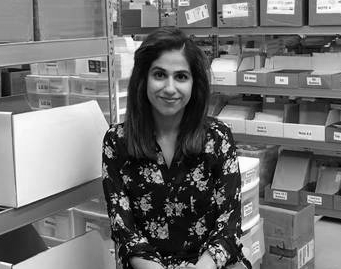 Nadia started Budget Electronics as a cell phone accessories wholesale business out of her apartment in 2014, primarily selling inventory to local retailers. Since she began selling on eBay, she has grown her product portfolio by more than ten times, and has opened a 3,500 ft2 warehouse that also functions as a brick-and-mortar store. To date, her online sales have grown on average of more than 1,000 percent year over year, and she is projecting sales upward of $1 million in 2017. 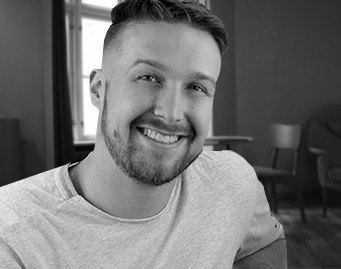 In 2011, Adrien started his business in the basement of his parents' house selling skateboard-related merchandise. He began selling online through eBay and quickly saw success, allowing him to build a 2,100 ft 2 brick-and-mortar store. Since then, Adrien has evolved his business to focus on sneakers. Selling globally is the key to Adrien's success: 90 percent of his sales are from outside of Canada, and he regularly ships items to more than 45 countries. To date, he has sold more than $1 million worth of shoes and apparel on eBay, and his year over year sales continue to double.